Downtown Brooklyn is getting another Hilton Nov 01, 2019 Downtown Brooklyn is getting another Hilton

Brooklyn’s getting a new Hilton, just a block from another one.

The new hotel at 88 Schermerhorn Street will operate as a Motto by Hilton, a micro-hotel brand Hilton launched about a year ago, its developers confirmed. It’s a stone’s throw from Flank’s Hilton Brooklyn at 140 Schermerhorn Street.

Together, they acquired the vacant multifamily building at 88 Schermerhorn Street in July from Louis Greco’s Second Development Services for $13.6 million. SDS had purchased it in 2013 for $11 million and had intended to put up condos.

Plans for the new hotel have not been filed, but Flicker said it would be approximately 120 rooms and 25 stories.

Flicker said AWH is talking with lenders to begin construction and said the project was a long-term hold for the company, which has a 28-hotel portfolio nationwide.

“We think it’s very rare to find a market with the kind of RevPAR Downtown Brooklyn has,” he said, referring to revenue per available room. He also pointed to a “dearth” of hotel construction in the borough.

Revenue per available room in Brooklyn has risen 1.3 percent year-to-date to about $160, while Manhattan’s has fallen 4 percent and Queens’ has grown 2.2 percent, according to STR. Brooklyn has 78 hotels, Manhattan’ has 451 and Queens has 135.

AWH has hired Danny Forster & Architecture to design the hotel and is considering building it using modular construction. Forster’s firm is working on an AC Marriott in Manhattan that’s slated to become the world’s tallest modular hotel, a title held by CitizenM’s Bowery hotel.

Flicker said his group is “very seriously considering modular” for the project.

The construction method is historically tied to low-rise, wood-framed projects, but New York City hotel developers such as Richard Born and CitizenM’s partner Brack Capital Real Estate have been trying it out in recent years with mixed results.

Write to Erin Hudson at ekh@therealdeal.com

Celebrate your style in Florida’s biggest, busiest city at the newly renovated Aloft Jacksonville Airport. We’re close to shopping at River City Marketplace and just outside Jacksonville International Airport. Meet & mingle with friends at our W XYZ (sm) bar; grab a sweet, savory, or healthy snack from re:fuel by Aloft(sm), our 24/7 pantry; or play in our re:mix(sm) lounge. Plus, you can always stay connected with free hotel-wide wired and wireless Internet access! Breeze into one of our Aloft rooms, featuring our ultra-comfortable signature bed, an oversize shower head, custom amenities by Bliss® Spa, and more. 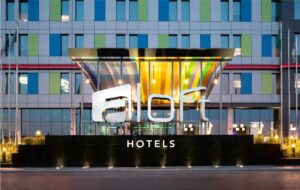 The newest and trendiest addition to town, Aloft Savannah Airport beckons your arrival. Our pet-friendly, tech-savvy hotel blends sleek design with modern style for sophisticated travelers in Savannah and Pooler. Experience true southern hospitality with our easy-breezy access to attractions, shops and restaurants at Tanger Outlets. Energy flows and personalities mingle in the vibrant social scene of our Re:mix℠ lounge, featuring live music, signature craft cocktails and tasty bites at W XYZ® bar. Work out at Re:charge℠ fitness center, make a Splash℠ at our outdoor pool. After your busy day out and about, chill out in a loft-inspired hotel room with nine-foot ceilings and simple, soothing décor. Your next retreat includes free Wi-Fi, platform beds and a minimalist bathroom with rainfall showers, deep counter space & custom bath amenities. Naomi has overseen the renovation and development of over 20 hotel projects worth over $3 billion. She has more than 22 years of experience in hotel development, design, construction, project management and sustainability. She leads Opterra’s development, design, and construction management activities. A recent spotlight project is the unique 180-room Hotel Melby in Melbourne, Florida which opened in April 2021, successfully completed on time and under budget. Naomi co-founded Willow Street Capital, a development and investment firm that merged with Opterra in 2020. Previously, Naomi was Senior Director of Development for DLJ/Credit Suisse and Morgan’s Hotel Group, where she led the project and cost management team to develop the 1.6M-SF renovation and expansion of the Hard Rock Hotel and Casino Las Vegas–a project successfully completed under its $800M-budget and ahead of schedule. She was Director of Architecture and Construction at Starwood Hotels and Resorts Worldwide, Inc. overseeing new-build and renovation projects for the W, St. Regis and Luxury Collection brands. She was Vice President of Sustainability at Denihan Hospitality Group. Naomi holds an MBA from Cornell, an MA from the University of London, and a BA from Boston University. Welcome to the the tropically Landscaped full service Holiday Inn & Suites Boca Raton North. Nestled inside the Park of Broken Sound, we are within 15min drive to sunny Florida beaches, within minutes to the Universities, shopping centers and many Fortune 500 companies and about 25 min to Palm Beach International Airport and Fort Lauderdale Hollywood International Airport. A fully leased premium office building consisting of 30,000 square feet located in the heart of downtown Charleston. The building is set over five stories that offer modish décor with floor-to-ceiling windows overlooking downtown for an inspiring work environment.

Our Sarasota hotel is off I-75, a short walk to several eateries. Head to The Mall at University Town Center to shop, or take in the views at Myakka River State Park, both within 10 miles. A 25-minute drive will take you to Siesta Beach. Relax in our outdoor pool and whirlpool, and enjoy free hot breakfast and free WiFi. We’re less than two miles from Sarasota Bradenton Airport and offer a free shuttle for your convenience. Start your day with a free hot breakfast before catching the waves at Siesta Key Beach or doing some shopping downtown. Bring your pets and enjoy a spacious suite, equipped with a kitchen and living area, and free WiFi. Located off Highway 41, minutes from Sarasota-Bradenton Airport with a free shuttle both ways. The Ringling Museum of Art and the Powel Crosley Estate are within a mile, and downtown is six miles away. The Garden Grille serves breakfast and dinner, and our 24-hour Pavilion Pantry offers drinks and snacks. Enjoy free WiFi and relax in our outdoor pool. A residential condominium community comprising 39 of 159 units in the southwest section of Miami, minutes from University of Miami, Florida International University, and less than 3 miles from the Central business districts of Coral Gables, South Miami and Dadeland. The average unit size is 1,110 square feet, and the condos are located in a gated community consisting of six, three story buildings. The property offers a host of high-end amenities such as swimming pool, jacuzzi, clubhouse with a fitness center, billiards, kids’ room, business center and meeting rooms. 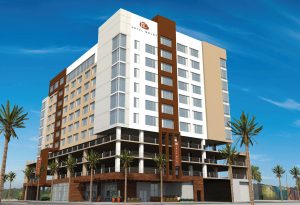 We’re off Route 192 in Downtown Melbourne, with a range of local dining, shopping, and nightlife on our doorstep. Orlando Melbourne International Airport is three miles away and Indialantic Beach is a 10-minute drive. We have flexible indoor and outdoor event space. Enjoy dinner with a view at our rooftop bar and restaurant. 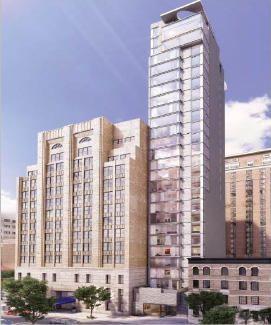 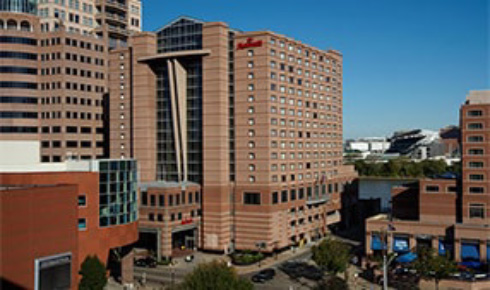 Only steps from the banks of the Ohio River, the Cincinnati Marriott at RiverCenter features redesigned guest rooms with beautiful views of downtown Cincinnati. Our hotel is within walking distance to Paul Brown Stadium (home of the Bengals) and Great American Ballpark (home of the Reds) and connected to the Northern Kentucky Convention Center which makes us perfect for business or leisure. With 13,000 square feet of flexible event space and 8 meeting rooms at Marriott RiverCenter and 110,000 square feet of event space and 17 meeting rooms at the Convention Center, we raise the bar for meetings and events in Northern Kentucky. Grab a meal or drink at The Great Room restaurant, or get a workout in the fitness center and indoor lap pool. Just a short walk across the river is Cincinnati’s most exciting dining and entertainment venue, The Banks. As a proud partner in the Marriott Commitment to Clean, our hotel has redefined our cleaning standards and commits to focusing on health and safety. 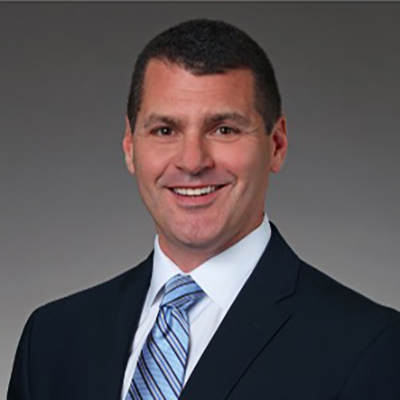 Jeremy brings nearly 20 years of Hotel experience, primarily focused on Asset Management, Finance, Operations and Analytics. Prior to joining Opterra, Mr. Hart spent over 9 years at BRE Hotels & Resorts, a Blackstone fund owned hospitality platform. As head of the FP&A team, he provided portfolio performance analysis and was instrumental in the Acquisitions/Due Diligence, On-boarding, Asset Management and Disposition efforts of over 315 Full & Select-Service hotels ($10B+ TEV of assets generating $2B+ revenue annually). Before BRE Hotels, Jeremy was a key member of the original management team at Extended Stay America (NYSE: STAY). Prior to its sale to Blackstone for over $3 billion, Extended Stay America was the fastest growing owner-operated hotel chain in lodging history (475 hotels). During his tenure there, he held various leadership positions in Finance, Operations & Revenue Management. Mr. Hart received his BA in History from Dartmouth College. 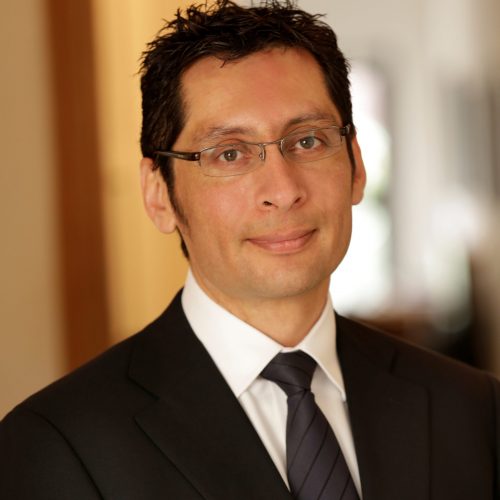 Miguel has more than 20 years of experience in the hotel industry. He has leading roles in sourcing and structuring new deals, executing ground-up developments, and overseeing Opterra’s investment analysis. He was a co-founder of Willow Street Capital, an investment and development firm that merged with Opterra Capital in 2020. During his career, he has worked on more than $1 billion worth of hotel transactions, has valued more than $12 billion worth of commercial real estate, and has asset managed more than 30 hotels with a total of over 6,000 rooms. He has consistently created value for owners, delivering NOI increases often in excess of 90%. Miguel was a partner in the Hotel Asset Management division of HVS, the world’s leading hotel consulting firm. He was an SVP at JLL Hotels, where he led the group’s Latin America investment sales team. He was Head of Hotel Investments at a prominent family office headquartered in New York and London. Miguel holds an MBA from Yale, a BS in Hotel Administration from Cornell, and a Diploma in Urban Land Economics from the University of British Columbia. Glenn has over 23 years of experience across all types of commercial real estate in the United States, Canada, the Caribbean, and Western Europe. Prior to Opterra, Mr. Alba was a Managing Director at Blackstone Real Estate, where he held various leadership positions during his 20-year tenure. Blackstone is one of the largest buyers, sellers and managers of commercial real estate in the world with Real Estate Assets Under Management of $111.3 billion at the time of his departure. He has significant experience in financing, asset management, valuation and dispositions of real estate, having personally handled over $4 billion of hotel asset sales. Glenn was Head of Global Portfolio Management and led the Asset Management of Blackstone Real Estate hotel investments in the U.S. (ex. Public and large platform deals). He currently serves as a Board Member for CorePoint Lodging Inc. (NYSE: CPLG) and previously served on the board of La Quinta Holdings, Inc. (NYSE: LQ). He formerly served on the Interstate Hotels and Resorts Owner Advisory Board, and the Doubletree Hotels Owner Advisory Council.  Glenn received his BS in Accounting from Villanova University.